Back to Residential projects

This building was originally built in 1896 and over time, lost many of its Beaux-Arts details. In 2005 it underwent an extensive restoration and conversion to residential space. All building systems were gutted and redesigned to accommodate its new usage and meet energy-efficient standards. On the façade, the demolished balcony and missing cupola were rebuilt, structure to support replaced balustrades was added, exterior details were added using fiberglass and cast-in-place molded stone, and a general repair of the rest was initiated to restore the building to its original grandeur. On the roof, an old water tower and mechanical equipment were relocated, and a 2-story residential addition was added. Negotiations with NYC’s Landmarks Preservation Commission were required. 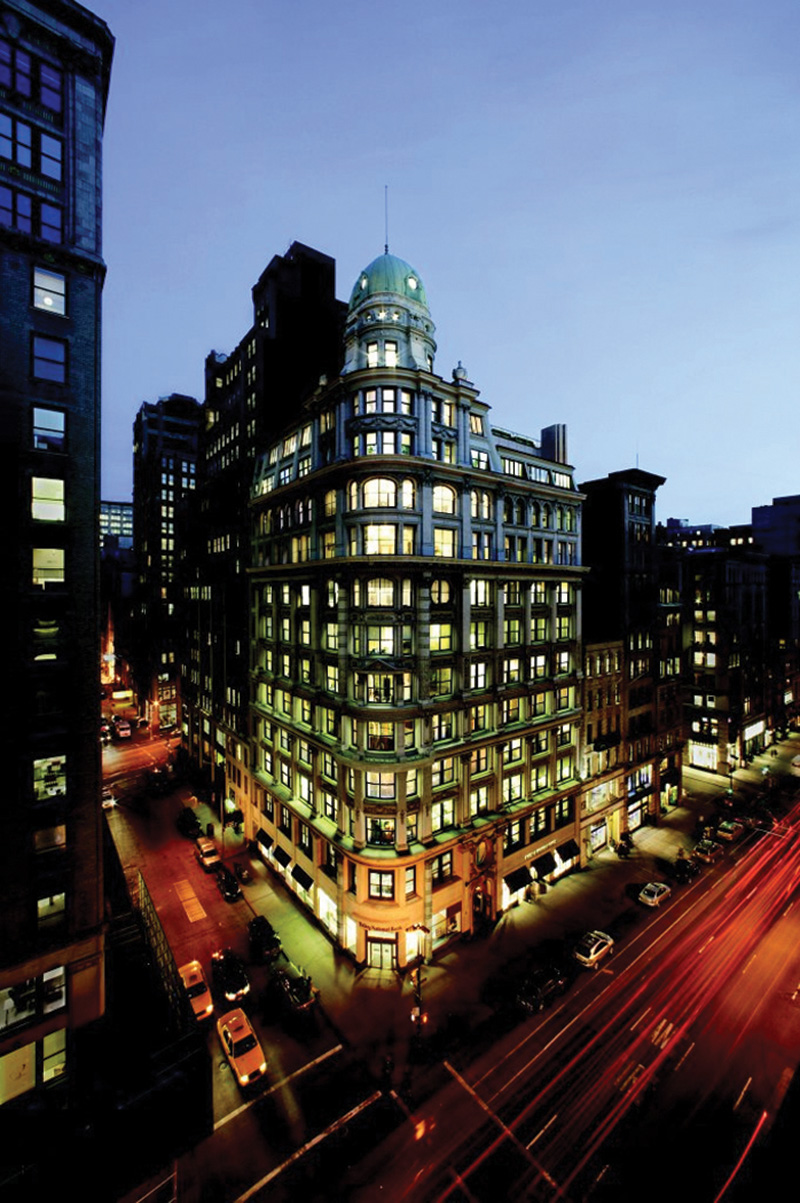